The Fingerprints of a Fake

When we look at ancient scrolls of the Jewish people, it is amazing how well-preserved they are. For one, they carefully wrap the scrolls when they are of the scriptures, and keep them with reverence in a cabinet or other storage unit. But there is another thing that anyone can see: they have an amazing lack of fingerprints!

Fingers have all sorts of oils. And even clean fingers have oils on them. Over time they discolor and degrade what they touch. So scrolls and books age when people touch the words or the edges.

But not with Jewish scripture scrolls!

They use a pointer that tapers to the form of a closed hand with a finger sticking out, called a yad. That’s how they point to the words that they speak. And they don’t turn pages. The scroll has handles that turn without ever touching the animal skin writing surface. 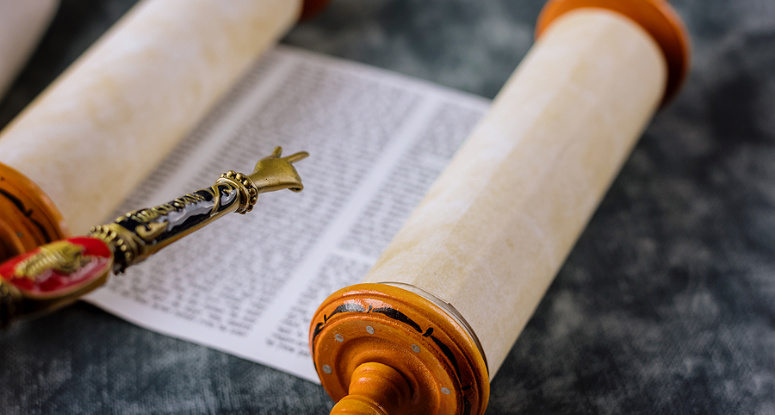 Gentiles have used books instead of scrolls almost as far back as we can tell. And their pages have the tell-tale signs of aging. We can see where the fingers grabbed the page. And some people even licked their fingers before they turned a page! So all that touching is a testimony to the age of the book.

But not Codex Sinaiticus.

Its pages are fresh and clean. And yet, it is claimed that it was penned about 350 AD! Isn’t that amazing?

No, it isn’t amazing, and Sinaiticus isn’t that old.

It only dates to about 1839-41, with corrections through 1843, pages removed until 1844 and other things written in (including Arabic) until 1859. I show the evidence for this in "Who Faked the World’s Oldest Bible?"

Sometimes the simplest things we notice teach us the biggest lessons. Sinaiticus is not ancient. And the biggest “fingerprint” of that is the fact that it has no wear from fingerprints!

Praise God, we don’t need to sell our birthright —the faith-building King James— for the doubt-bringing mess of pottage Bibles that were created from Sinaiticus. Sinaiticus has the fingerprints of a fake.

But our King James Bible bears the fingerprint of God.