Chick tracts continue to extend the reach of missionaries all over the world. Here are a few new reports: 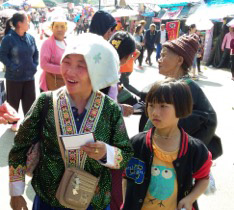 From a rented booth at a Valentine`s Day celebration, nearly 7,000 tracts and 27 Bibles were given out. Over 10,000 people from several countries attended the festival. Tracts in Thai, Hmong, and Lao were offered.

Seventy-five people accepted their invitation to sit down for a full presentation of the gospel and 27 made professions of faith. Two ladies in their 30s cut their spirit strings off their wrists after trusting in Christ.

Mike Green — Congo (Zaire) Africa
In the past several months, I have been passing out 500 tracts at a time (10 different titles, 7 Lingala and 3 French), and last week I passed out 2,000 of them at the Bayaka market.

The demand is non-stop, as I hit all the adjoining shops along the street, and then stall to stall throughout the open outdoor market. A section of men who sell assorted hardware had me sit down amongst them to give an exhortation.
So, I gave each of them a copy of The Long Trip, and I preached it page by page. The message is simple and straightforward; believe on the Lord Jesus today, do not wait until tomorrow, for it is not promised. I wish you all could see the smiles and the nods as I am able to apply Congolese customs to the words of the tract.

Thank you once again for your faithful and generous support that enables us to labor in Congo; both to be a help and a blessing, but mostly to give them the words of life. God bless you all.

Donnie Whitlock —Philippines
He writes: "The Lord has provided hundreds of pastors, church members and Christian students to spread His Word. Let me share a good example of a faithful witness...

"I have mentioned this dear lady to you in the past: Miss Rubi just finished giving out 10,000 tracts on her small island, by herself. The first time we met Miss Rubi was when my family was laboring on the island of Saipan, Micronesia. 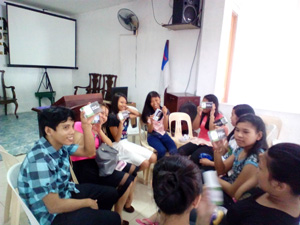 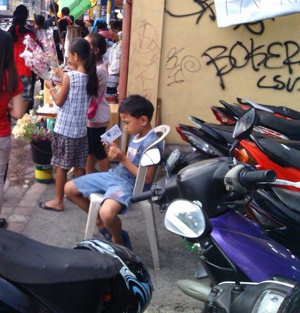 "Miss Rubi was a domestic worker who was being abused by her drunkard boss. She was under a contract for one year as many of the other thousands of Filipino workers on that island. We met her and the Lord graciously changed her heart and she became a great witness for the Lord. Once her contract was up she returned to the Philippines.

"Miss Rubi is now an elderly lady but still very active in spreading the Gospel. She called this past Thursday to let me know she was okay and that all her tracts were distributed.

Chick provided her with those tracts free. She is just one example why Chick Publication`s Mission-Fund Partners are a blessing to many who could never afford to purchase tracts of any kind.

"Thank you again for trusting us to place these tracts into the hands of faithful servants!"

Anonymous
One missionary wrote to thank you for the tracts, letting us know that they had been distributed into a very dangerous area where anyone with a white face is subject to murder or kidnapping for ransom.

Native workers were trained and equipped with the 10,000 tracts and other literature. They returned word that some of the tracts had even been placed in the hands of the rebels in the area.

While grateful for the tracts, he cautioned us not to reveal too many details about his field. He requested our prayers for his safety. 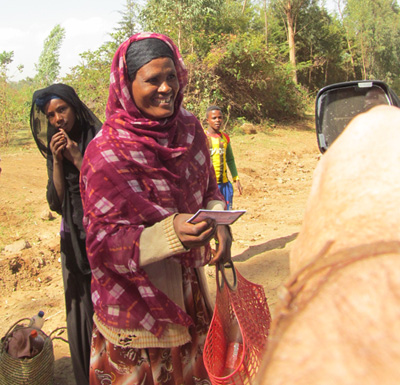 Missionary Ray Hoover found a village of Ethiopian Jews and plans to plant a church there. Using Ethiopian tracts he saw over 30 precious souls come to Christ.

100% of the funds you send to the Chick Mission Fund are used to ship literature to missionaries.
In the past few months, shipments have been provided for:
Brazil       Bulgaria      Canada      China      Costa Rica       Ethiopia

Other Articles from July/August 2016: