Homosexual Consequences No One Talks About 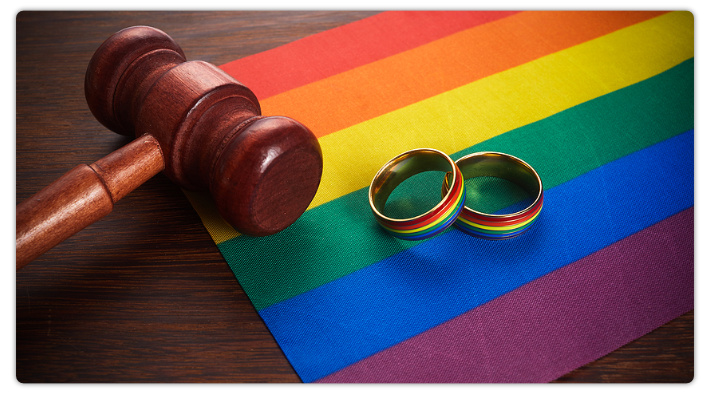 One of the huge tragedies of the sexual revolution is seldom mentioned. The apostle Paul alludes to it in Romans 1:27. He said that homosexuals are “receiving in themselves that recompence (consequences) of their error which was meet (suitable).” Besides broken dreams of a fulfilling intimacy, physical bodies are also broken in multiple ways.

Statistics are hard to come by, but things like suicide rates, sexually transmitted diseases, shortened lifespans, and the medical consequences of extraordinary wear and tear on physical organs are all extremely high.

Just one case of HIV can require treatment that runs into the tens of thousands of dollars. In addition is the pain and suffering and lost productivity of that person. It is claimed that what consenting adults do in the privacy of their own home is of no public concern. Yet if their behavior adds millions of dollars of cost to the economy, it is everyone’s concern.

Satan has been very, very busy concocting lies about sex. If you know God’s original plan for peak personal intimacy in marriage, resulting in replacements for the population, then all those lies stand out in sharp contrast. But people without knowledge of His plan are easily deceived. Young people can enter this lifestyle thinking it is a source of love and affection but soon realize they are trapped in a slavery to others who are only interested in using their bodies.

There is an old line advocacy group who has published a book about the health hazards of homosexuality. It’s a really big book; 632 pages to be exact. And it’s full of stuff you probably wouldn’t want your youngster to read, but if he did, it might scare him straight. It is called The Health Hazards of Homosexuality and is published by a dedicated exposer of evil, Mass Resistance. Actually, the book is a massive commentary on Romans 1:27.

The four-page table of contents covers every available statistic and sordid detail of the consequences of homosexual perversion, including a chapter on transgenderism. A brief review makes it clear that God did not build our bodies to stand up to such abuse. He wonderfully designed our bodies for male-female intimacy. And they work the best during a lifelong commitment to marriage.

For anyone who reads a Chick tract on God’s view of homosexuality and needs more proof of its truth, this book, available at www.massresistance.org, will scare them straight if they take it seriously. Most who are sucked into that lifestyle are young and oblivious to the dangers. They believe the lie that it is just another kind of enjoyable family relationship.

Other Articles from July/August 2022: