Did Only Nicodemus Need to Be Born Again? Or Do We All Need to Be? 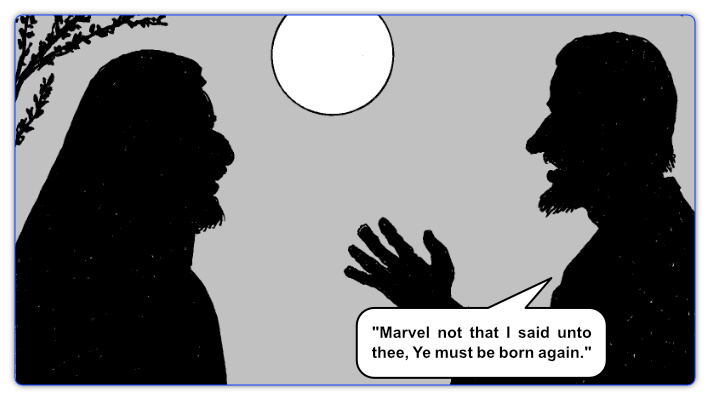 Jesus told Nicodemus it was necessary to be born again. But was he telling this only to Nicodemus or to all of us? Here's how we know.

Ye must be born again!

Modern scholars argue that we should dump the KJV for an "easier-to-read" Bible. One that changes important doctrines by removing the Classical English words that tell the reader exactly what God wants him or her to know. The "scholars," who helped create the modern Bibles, remove God’s Words and substitute their own. Their justification for rewriting God's Words is that they are making the Bible easier to read and understand for everyone.

Which do you prefer? Would you rather learn a few words that are a little difficult at first, and then get the riches that come from having the exact words of God? Or would you rather take the easy way out, and risk getting nothing but the opinions of a few self-professed scholars?

The choice is yours.

But if you are one of those people who wants God’s Words no matter what, we have several resources to help you get over the hump and learn those unfamiliar words. You will be well on your way to understanding God’s words like you never have before.

Don’t you think it’s worth the effort?

It is quite possible that the King James is the end times Bible in English. After the invention of the movable type printing press, God began to prepare a world Bible.

Throughout the 1500s, the Roman Catholic counterfeit “church” suppressed God’s Words in many nations. But God miraculously defended one country: England. And from 1604-11, two opposing Christian groups, the Puritans and the Church of England, came together to produce a single translation they all could agree upon. In 1611 God’s Words were cemented in one language, and its fruit stunned the world. Its words brought such faith that they started revivals, as well as world-wide missions.

If God did all that to preserve His Words for us, shouldn’t we put out a little effort to learn to read it?

Video: Authors Jack McElroy and David W. Daniels discuss whether or not we need all the "archaic language" in the KJV? What will we lose if we abandon it?

Yes You Can Read the King James Bible 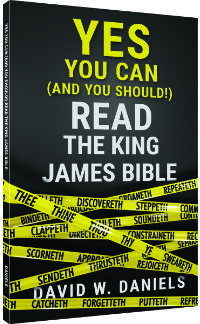 What if you found out it’s the one English Bible that deserves your complete trust? What if the translation method tells us stuff God wanted us to know —but that modern scholars left out?

Did you know there are deeply emotional words in the Bible? Did you know that there is a rhythm to reading the King James, and it was made to be read out loud?

If generations of children were raised reading the King James, it shouldn’t be too hard for the rest of us! This book proves why you can read the King James English with a little effort and that it should be the only Bible that you need —and can completely trust. 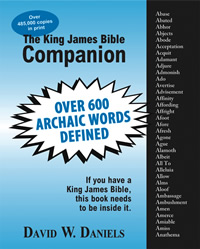 The entire contents of this booklet are included free as an appendix in, “Yes You Can Read The King James Bible”. Get definitions of over 600 less-familiar KJV words.

Is Your Bible Missing Something? – Volume 1 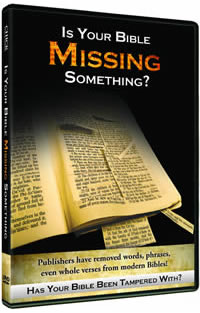 Originally released on YouTube, these videos are now compiled on one DVD making it easy for viewing where an internet connection may not be available.

Video: How Many Words Do You Know?

In this entertaining video, David has fun presenting several examples of the “archaic” words used in many songs and literature still used today.

Can YOU “fill in the blanks” and pass the test?