Symbol of Papal Power Many Don't Know What It Means

Wherever he goes, the insignia of John Paul II is displayed, emblazoned on the "popemobile," hung from stages and high on posts at outdoor masses.

The various parts of the papal symbol, shown below, describe the power of the papacy, one who, as Pope Leo XIII explained, occupies "the place on earth of God Almighty." 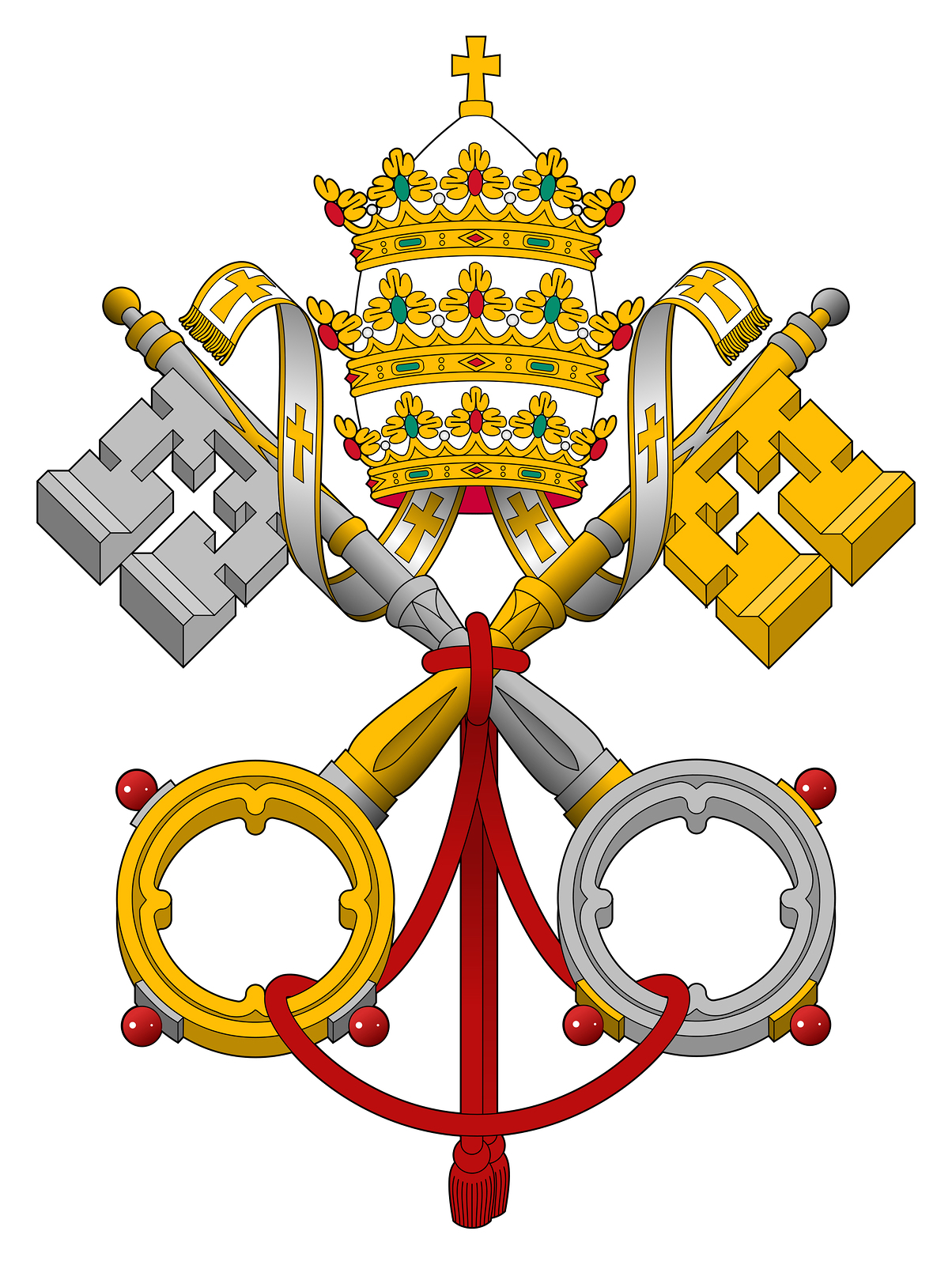 Most notable in the papal emblem is the tiara, or triple crown. Until recently, during the coronation of a new pope, the tiara was placed on his head with the words: "Receive the tiara adorned with three crowns, and know that you are Father of princes and kings, guide of the world, vicar of our Savior Jesus Christ."

In this age where appearance before mass media is so important, the last two popes chose not to have this crowning ceremony included in their coronation.

However, lest we think they have abandoned the incredible claims of this crown, it is displayed everywhere as a symbol of the papacy. Therefore, since it is still in widespread use, it is good to understand the meaning of the three crowns.

The first circlet, or crown, symbolizes the pope's "universal episcopate." This means that he claims to be ruler over all the church of Christ. All priestly power, including the power to forgive sins, must come through him and his agents.

This is why the current pope, John Paul II, felt justified in reminding us that you must be in submission to him in order to be saved. "No salvation outside the church of Rome." Quite simply, this makes spiritual slaves of nearly one billion people for whom Christ died.

The second crown symbolizes the pope's claimed "primacy of jurisdiction." This means that he alone is complete ruler of the church. He is the final judge, teacher and ruler. Over the Church of Christ, the pope claims to be King.

The last circlet in the crown represents the pope's temporal power.

This means that he is ruler of the entire world. All kings, presidents and governments are subservient to him. The papacy claims that all civil rulers have only that authority which the pope, as spiritual and temporal head, allows them to have.

Lest you think this to be an empty claim, consider how rulers and governments tremble at the opposition of the pope.

In recent years, many rulers have been toppled when they lost papal favor. Once he turns against a government, the pope can raise up a mighty opposition of loyal Catholics to topple a government from within.

The papal emblem also contains a pair of crossed keys. These represent the supposed power of the pope to forgive sins. Alexander Hislop, in the classical work, The Two Babylons, gives the fascinating background of how these keys helped the pope gain control over the pagans by this adaptation of the ancient keys of Janus and Cybele.

Another important part of the papal shield is the big letter "M" at the lower right quadrant of the shield. This stands for Pope John Paul II's undying devotion to the Virgin Mary.

While many "Protestants" believe that Rome is changing, this pope is actually bringing Catholic doctrine back to the old ways, with worship of Mary playing a key role.

The end of the matter is this: the popes still dream of world dominion. Claiming all authority and power, they strive to manipulate populations, governments and nations.

Their dreams have led them to seek to be "that great city, which reigneth over the kings of the earth." (Rev. 17:18)

Many great preachers have already predicted that, one day, a pope will stand in the temple to receive the worship of the nations. Come quickly, Lord Jesus.

Other Articles from September/October 1993: