A brother in Christ asked me a simple question. Have I ever seen anyone treating the Sinaiticus and Vaticanus as if they were alive?

So, what do we mean, “alive?” Let me share a few scriptures.

Hebrews 4:12 “For the word of God is quick, and powerful, and sharper than any twoedged sword, piercing even to the dividing asunder of soul and spirit, and of the joints and marrow, and is a discerner of the thoughts and intents of the heart.”
“Quick” means “alive.” God’s words are quick and powerful, not dead and powerless. (See also Isaiah 55:11 and Jeremiah 23:29.)

But here is what my professors said at Fuller Seminary, considered one of the most conservative seminaries in the country when I went there from 1984-87. 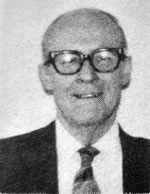 This is Dan Fuller, son of the founder, Charles Fuller. He taught Unity of the Bible and said that after the fall of man in Genesis 3, God didn’t talk in person to His creation anymore. But God was right there talking with Cain in the very next chapter, Genesis 4! Dr. Fuller never changed his notes to match the Bible. His mind was made up. 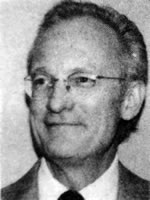 This is Paul Jewett. He taught us that Adam didn’t find a companion until he looked and saw one of the apes. He said, and I quote, “That one over there. I think it’s something in the eyes.” So Dr. Jewett, this champion of women as pastors, taught that the first woman was literally an ape. 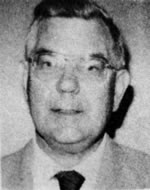 This is Dr. Ralph P. Martin. He changed the meaning of a couple of Greek words in Acts 1, that made it look like Luke and Acts were written in the 2nd century, contradicting the Bible, which says Luke was an eyewitness.

This is Dr. Lewis B. Smedes. He liked to tear down the faith of each class member in the 10 Commandments like a confrontational talk-show host. He’d make up tear-jerking scenarios, where breaking a commandment seemed like the only thing you could do to solve the problem he made up. And when someone finally broke down, he would say, “So you don’t really believe in that commandment, do you?” He took pleasure in tearing people’s faith into shreds. 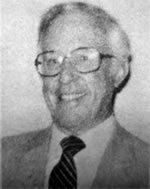 Oh, and one more thing. All the professors here, as far as they have said and I was told, were evolutionists. They thought creation was a fairy tale, and that Genesis chapters 1-11 were just poetry.

This is who trained thousands of today’s pastors and professors when they went to seminary, as I did.

But what about my question? Do they trust anything as the living word of God?

You know what? Not one single professor came to class and snuggled the text of Codex Sinaiticus in his arms and said, “At last! THESE are the words of God!”

Listening to my professors talk was like dissecting dead things. But God’s words never died. They are living, preserved in English in the Authorized King James Bible! Its words are “quick” —and they are powerful. They change lives. This Book created the modern missionary movement. This Book was and is the seed of revivals. This Book was the original reason for creating Bible translation groups.

This is not just like any other book. This is God’s Book. But these professors treat their own words as if they are more important than God’s words.

Other Articles from July/August 2017: