As of this writing, you have provided over 25 MILLION Chick tracts to missionaries worldwide through the Chick Missions Fund. And another 655,000 are already committed to more projects. Thank you for your faithfulness.

Requests keep coming in as missionaries discover what a difference these tracts can make in their outreach.

Belgium:
Missionary Junior Haley (Belgium) tells us that in Belgium it is difficult to get people to accept tracts. He wrote: “With Chick tracts we see people are not only receptive, but read them. When I walk along the bus stop giving them out, I typically can give them to most everyone there, above one hundred people, and when I look back everyone is reading.” Haley gets results, too, as “many people come to church directly as a result of receiving these and have seen people saved as well.” In fact, the first person saved there came as a result of one of these tracts.

Kenya:
Missionary Joetta Smith writes: “God continues to bring people here to the center with their questions because a tract has given them a desire to hear more!” In this poor nation, the taxi cabs (called pikipikis) are actually small motorcycles. The passengers ride on the back, like the family in the picture to the left. This is how Joetta Smith gets around. After she gave out the tracts you provided and preaching in Rangala, one of the pikipiki drivers said he wanted to be saved. And he is not the only one! Little churches are sprouting up and are prospering because of the seed being sown here and in neighboring countries. God’s Word is bearing fruit (it always does)! 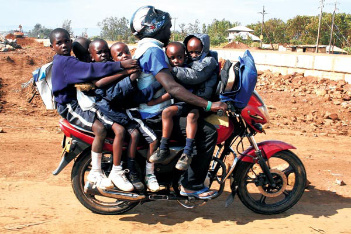 Ethiopia:
Zwedu Tefera (Compassion International) works with children in different parts of Ethiopia, and reports: “215 people received Jesus Christ at different places.” Your gifts are bearing fruit! The children in the photo to the right are all deeply reading the Gospel you provided. 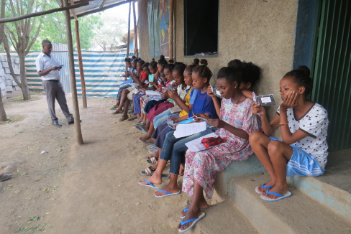 Philippines:
Because of the wide-open access for the Gospel in this country, we have more missions projects going than any other country. Rodelio Mallari (who translates all the Chick tracts) and his teams pass out tens of thousands of Chick tracts and share them with other churches. They share many pictures with us showing Filipinos of all ages in rapt attention as they read the gospel message like nothing they have ever seen! Here are just a couple: 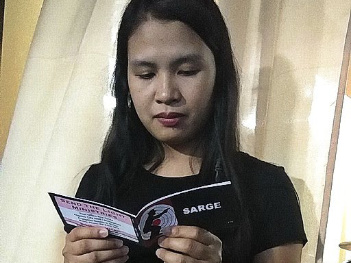 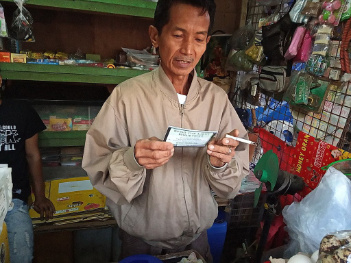 Philippines:
Joshua Yun, a missionary sent from South Korea, has an active church and regular outreach using these tracts. They distribute two large boxes monthly in the Metro Manila area and are seeing many saved through the tracts.

The person in the photo has interrupted what he was doing to learn his life is a trip which will end in one of two places... heaven or hell. 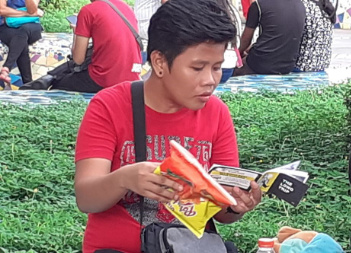 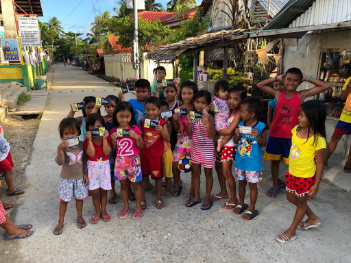 As this report was being prepared, a project providing 200,000 tracts in Malayalam and Tamil languages is just being completed in India. The Hindu government there may not like the Gospel, but the church just keeps going!

Missionaries keep requesting the tracts and, thanks to your faithfulness, we have not had to turn them away!

Other Articles from January/February 2020: