You have supported evangelism in one of the most spiritually open countries in the world, the Philippines, through your giving to the Chick Mission Fund. We work with many missionaries there.

One of them, Bruce Hunsaker, is sent out of Blessed Hope Baptist Church in New York. Like many missionaries, he did not answer God’s call through one of the well-known mission boards, but went with the backing only of his home church, who knew his calling and ministry. In this recent letter, he shares the emotional reality of what you have made possible there:

“Thank you, the partnership the Lord arranged for us in the beginning hit us with shock. No Bible school, no years of deputation. I did not know how well I would do in a foreign country in my 50’s. I just knew the Lord called us to the streets in this country and we needed some “calling cards” to break the ice with the new strangers abroad. So we simply asked you for tracts. 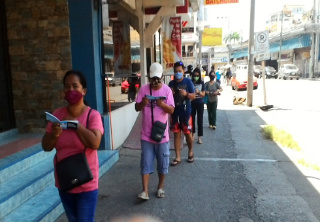 “You guys have given us about 2 million now.

“You have seen to it that not only every major city in the Philippines is getting tracts, but Christian Filipinos who had little more than dirt to work with now have encouragement, in that they have something to show their people from and about the God they trust in. 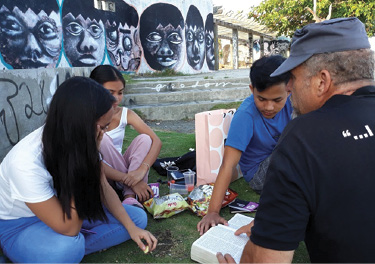 “From the 1960-80’s Filipinos who are now stuck on the eye candy of “unholywood” could at that time never afford a TV, so they resorted to comic books. They could not afford to buy the new Marvel comics each month, so bookstores and newsstands actually rented them. Yes, could you believe it? Filipinos would spend about a penny and a half US to rent the comic. They would sit down for 30 minutes, read it and give it back. Then wait a whole month for the next issue.

“Now you know why Bro. Jack’s tracts do so well here. Not only are they read, but they are not given back or thrown out but taken home where the rest of the family will read it. God bless the efforts and monumental task you brothers have there.”

At the time of this writing, many nations are closed to evangelism because of the global pandemic. Large numbers of Chick tracts you provided are in missionary’s hands waiting for things to open back up. And we have hundreds of thousands of tracts here, all boxed up and ready to go to missionaries to whom they have been promised. There are also hundreds of thousands in India, just waiting to be distributed like bees throughout the country as soon as the all-clear word is given.

Thank you for your tremendous faithfulness!

Other Articles from May/June 2020: