Evangelism Is Bigger Than You Think 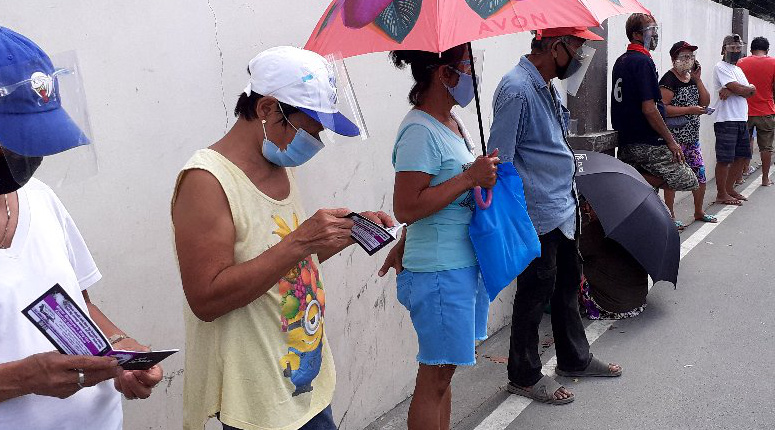 CAPTION: Philippines: People waiting in line have extra time to read a Chick tract. There isn't time to talk to all of them. Tracts can help deliver the Gospel!
----------


As surveys and studies continue to trumpet the bad news of ineffective churches, and Satan’s lying fingers clutch more tightly the heart of our culture, evangelism has become the new buzzword. But most Christians, including pastors, are out of practice. One example is a recent article in Outreach Magazine by Denny Johnson, pastor of a church in Minnesota.

Johnson confesses that the mission of his church had gotten foggy, but he knew that Christ kept His mission very simple, to “...seek and to save that which was lost” (Luke 19:10). Johnson claims that the first thing that God did in answer to his desperate prayer for help, was to send someone to his church who had spent a number of years on the mission field. There he had developed considerable skill in one-to-one dialogue about the claims of Christ.

They were then challenged in a seminar on evangelism to take a closer look at their own personal activity in soul winning. It was explained that if the pastor himself is not focused on personally leading individuals to a commitment to Jesus, it was unlikely that the congregation would see it as important.

The two of them began a conscious effort to pray with people in public and guide the conversations. Once they were comfortable with the new strategy they began to train other church leaders. Of course, the Holy Spirit did his work and testimonies began to come which they shared in a handout to the congregation periodically.

What they learned and were able to implement was definitely an improvement. However, the old-time evangelists who oversaw the national revivals and great awakenings would have had an additional suggestion. Saturating the community with sound gospel literature was often what they used to stir up a desire for revival.

Just as personal referrals are powerful marketing tools, personal evangelism is also highly effective. However, it does not satisfy the full scope of the Great Commission. Mark 16:15 says, “Go ye into all the world, and preach the gospel to every creature.” We are obliged by this verse to make sure that everyone within our ability will at least hear the good news that their sins can be forgiven.

Obviously, it is impossible through relationship evangelism to fully obey this Commission. Something else is necessary to reach the broader populace. In the past, tent meetings and stadium crusades have been very effective. But today, inexpensive paper and high speed printing can produce copies of the gospel by the millions.

But, gospel tracts sitting in a publisher’s warehouse or even in the storage room of a church cannot “preach” the gospel until they are distributed to the unbelievers. Again, the harvest is ripe and the harvest tools are ready —and with gospel tracts, you can be ready, too!